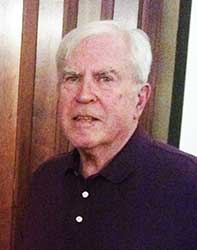 Paul earned his Novice ticket in 1957 (KN2VZY) while in college studying electrical engineering. The press of his studies saw him end up with a Technician Class license, which limited him to VHF and UHF operation. Since he was interested in building “from scratch” in that era, VHF limitations were not a problem. He was active in ham radio for the next decade. Between moves, job changes, and family obligations, he became inactive until his retirement 15 years ago.

Paul started work as a research engineer for RCA’s Sarnoff Laboratories, and most recently taught computer science at Millersville University, near Lancaster, Pennsylvania.

Since his retirement, he has developed strong interests in digital modes, QRP, low earth orbit satellite communications and CW. In addition, he has written on a variety of topics in ham radio, having authored some 60 articles for the K9YA Telegraph. Paul holds a General Class license, as well as a First Class Radiotelephone license. He is active in the Sussex Amateur Radio Association in Sussex County, Delaware.