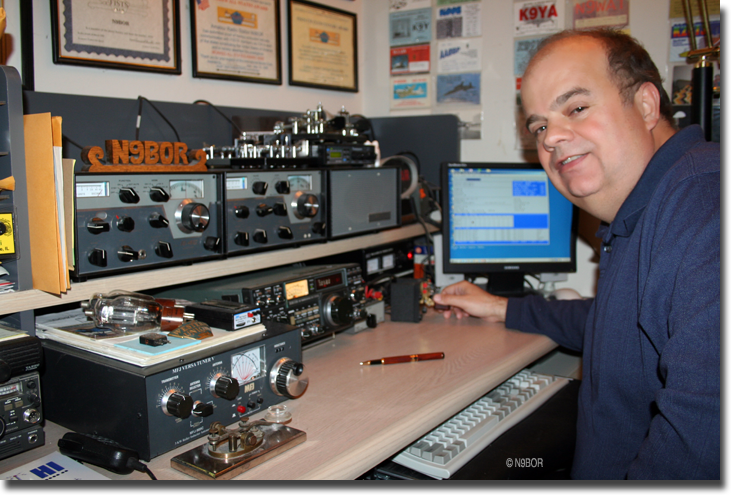 A ham since 1980, Mike has experimented with many aspects of amateur radio. However, he keeps coming back to CW. Mike enjoys ragchews, DXing and contesting on HF. He also enjoys collecting boatanchor gear and Morse code instruments.

His son, Steve, KB9YPC, is also a ham, while his two cats, Scratchy SK and Pixie SK,are SWLs and BCB DXers.