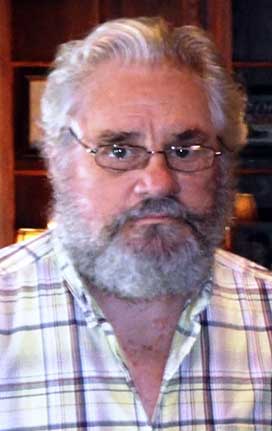 Reflecting back on the summer of 1946 I've concluded that radio was the final frontier. My mother ordered a large receiver from Montgomery Ward in Chicago and then waited impatiently for it to arrive. We had no electricity on the farm, so it was powered by two large batteries–A and B. The battery issue limited my listening time. In spite of strict or-ders to leave the switch in the off position I managed to hear the sounds of Morse code, recognizing it from the newsreels at the local theater.

A decade later I was enrolled in Air Force electronic school, and in the summer of 1957 I became an airborne communications/navigation equipment maintainer at the 1608th Field Maintenance Squadron at Charleston AFB. That alone should have provided ex-posure to a few hams. But in the mid-1950s Morse code and airborne radio operators were being quickly replaced by SSB and automatic antenna tuners. These changes moved the communications responsibilities to the co-pilot. Perhaps I should have been more aggressive and sought hams out at the MARS site. However, more one hundred large aircraft were assigned to Charleston AFB, half of which were often on the ground at any given time. Each aircraft was equipped with two HF rigs and regulations required that each radio had to be ground checked, and three contacts logged each morning. As is often true with amateur radio, contacts weren't always easy. Long story short, at the end of the day I was in radio overload. More of the same was not on my menu.

Two more decades passed while I raised a family and paid a mortgage.

But in January 1989 my YL traveled from Oregon to Texas in order to supervise the birth of Sarah, a new granddaughter. Back-to-back winter ice storms postponed her return and I was left to shift for myself for nearly six weeks. By the start of the fourth week I enrolled in a Novice class where I earned KB7HBJ. By the time she returned I'd upgraded to Technician and was awaiting the arrival of my present call sign, N7NET. Everything was shipshape except for the fact I didn't own a radio.

My first rig was a free Swan 350 I intercepted on its way to the trash. It had suffered a serious meltdown. With electronic school and nine years of shop and flight line experi-ence I was confident it could be salvaged. But the cost of parts far exceeded the price of a well-experienced rockbound Heathkit DX-20 transmitter. I altered course, aligned the Swan and used it as a receiver.

I Had a Station

Upgrading to general should have been a walk in the park. The theory was easy enough for me, but in spite of my best efforts I spent months trapped on the proverbial 12-wpm plateau. It was it not for the lack of trying. With only one frequency I worked all 50 states on the 40-meter novice band with 20 Watts. I can't tell you how many times I shut the rig down, not because it was bedtime, but because it was time to go back to work. On the last weekend my theory score was still valid I attended a hamfest atop Bachelor Butte, west of Bend, Oregon. It must have been the clean mountain air that did the trick, because I turned in perfect copy at 13-wpm.

Dave, W7PGB (SK), who administered my Novice test, urged me to join Oregon Army MARS. The '91 Gulf War occurred shortly after I joined the team. The Internet did not yet exist. MARS was the only timely link for deployed GIs and their families back home. After I placed a classified ad in the local newspaper announcing who we were and what we could do for them we were swamped with outbound messages. After a few days the inbounds began arriving and I hardly had time for my day job.

The last few years before I retired Barb, KC7BSY, and I went on the road with a semi. We rolled through the lower forty-eight states and Canada...at night. We did a lot of VHF and two-meter packet and met people I will never again see. It was almost like working HF.

In April 1999 I retired, moved to Arizona's Sonoran Desert, and erected a solar-powered station. Power conservation is always a primary concern, so I chose a MFJ-9420 with a CW board. It soon earned its keep.

In 2001 the Route 66 Special Event Station folks asked me to work a CW station at Wil-liams, Arizona. The morning of 11 September 2001 the car was packed and my MFJ rig was mobile. While waiting for Barb I tuned in the Handicapper Net on 14.287 and heard an excessive amount of chatter. "What's going on Cal?" I asked the NCS. That was how I learned about the World Trade Center. Abandoning the Route 66 trip, I dialed in SATERN. Though I relayed only a limited amount of traffic, I stayed on frequency with Seattle and Chicago for 48 continuous hours.

Writing has been a primary hobby and it's provided a small, intermittent income during the past 45 years, allowing me to carry on about motorcycles, bicycles, aircraft, and the people enjoying them. Amateur radio has taken center stage for the past 25 years. However, my focus is not on the technical aspect, but on the people spinning the knobs, squinting at the meters, and sifting the signals from the noise. For me, that is where the action is and has always been.

It's been a fun ride and it's not over yet.